We had a good day today at Eastside Memorial HS with the SOY table during lunch.  Thanks to all the Panthers who came by!  As we got set up in the hallway outside the cafeteria, we saw a couple of large peace signs on their bulletin boards.  We were told that the school had held a peace rally recently -- on April 4, most likely -- the Day Without Violence.  Such good news! 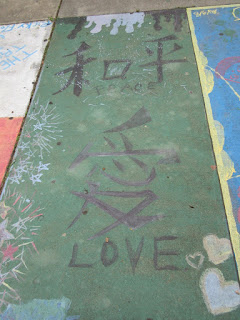 Because yesterday was Tax Day, we incorporated that into our t-shirt challenge -- asking students to write down what they'd rather buy than war.  Food, clothing, books and peace were the most common responses.  We agree!  Because the peace sign was already there, we posted the students' responses around the peace sign on their bulletin board. 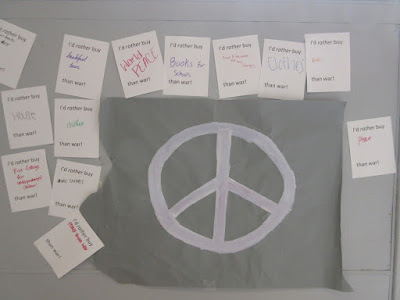 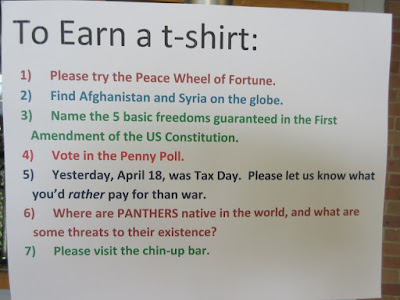 We asked a question about Panthers, the Eastside mascot -- and most students didn't know where panthers lived in the wild, but they readily understood that panthers are endangered mostly because of habitat loss.  Panthers in Asia and Africa are leopards, and panthers in the Americas are jaguars.  The only part of the US where sightings still are reported is in Florida.

We were thrilled to see that chickens are being raised at the school as part of an Environmental Science class!  There are gardens as well.  We saw that Eastside received an award last year for being an eco-school.  Congratulations, Panthers! 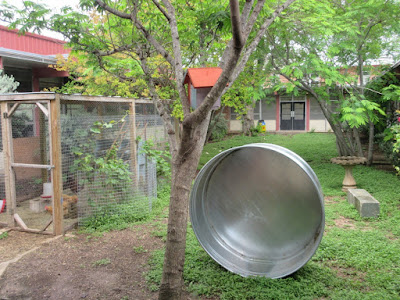 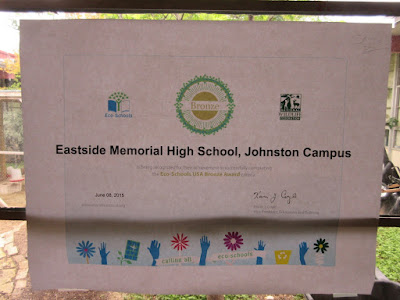 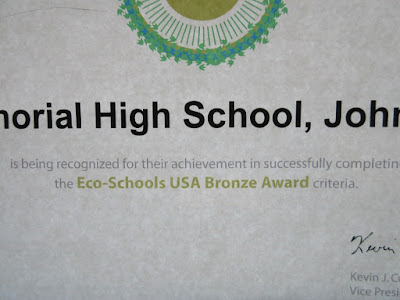 As always, Penny Poll results showed a high priority for Education (33% of the vote) and Health Care (27%), followed by 17% for the Environment, 12% for the Military and 11% for Humanitarian Aid.  And there were many things that students would rather buy than war: 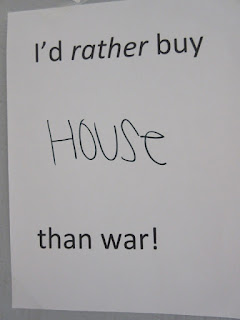 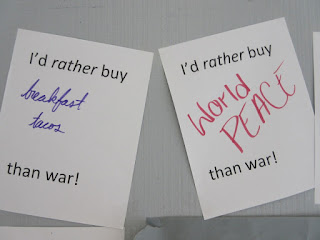 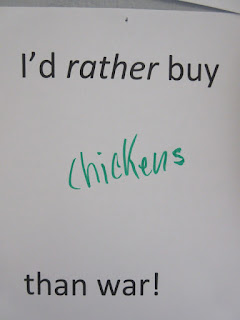 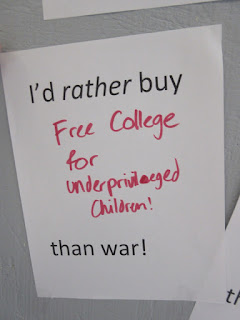 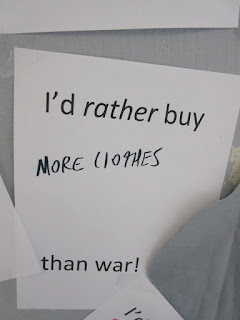 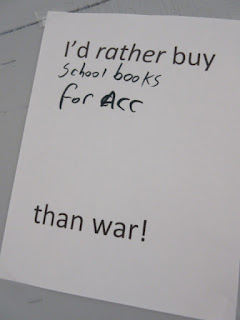 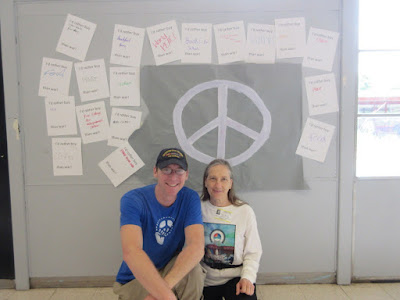